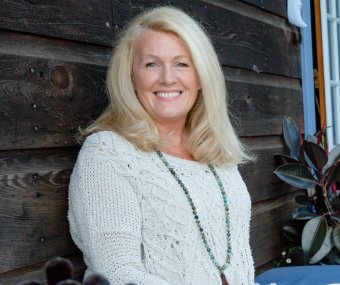 “I am dedicated to doing what I can to create more peace on this planet for every living being. I believe that when people learn how to meditate and practice every day, their awareness expands and they are able to cultivate their own personal peace. When each one of us is peaceful, it creates a more peaceful planet for everyone. That’s the kind of planet I want to live on.” – Sarah McLean

Sarah McLean is the author of Soul-Centered: Transform Your Life in 8 Weeks with Meditation (Hay House),which has inspired study groups worldwide. Her latest release, The Power of Attention: Awaken to Love and its Unlimited Potential with Meditation (Hay House) has also received rave reviews. She is a contemporary meditation and mindfulness teacher who has been inspiring people to meditate since 1993. Her students come from all walks of life, including Olympic and professional athletes, rock stars, and presidents of Fortune 500 companies, along with grandparents, moms, dads, and young children.

At the Meditation Teacher Academy, teachers learn to become clear communicators who bring meditation and mindfulness to any population or setting. Sarah is personally involved with each and every person who is enrolled and helps them uncover their unique skills and develop their personal power so they can go on to effectively teach their students to meditate and live more mindfully.

Sarah is also the director of MMI Mindful Training Co. to bring mindfulness into organizations in order to create more resilience, emotional intelligence, and productivity. Find out more here. (http://www.mmimindful.com/)

Sarah first learned about meditation while training in the U.S. Army as a Behavioral Specialist to help soldiers address Post-Traumatic Stress Disorder. After the Army and graduating from the University of Massachusetts, Sarah took a nine-month mountain bike journey from Europe to Asia seeking secrets to peace and fulfillment. When she returned, she began her daily meditation practice and studied mind/body health with Dr. Deepak Chopra in Lancaster, Massachusetts at the Ayurveda Health Center, a Transcendental Meditation community. After Deepak moved to California, Sarah became the Program Director for the Chopra Center for Wellbeing.

After eight years, Sarah took a sabbatical to seek the origins of meditation. She lived in a traditional ashram in South India for six months and was a two-year resident at a remote Zen Buddhist monastery for two years. In 2006, she founded the McLean Meditation Institute, an educational organization that now offers meditation and mindfulness teacher training programs through the Meditation Teacher Academy®.

Sarah has been a popular facilitator at retreats for the Chopra Center, Esalen Institute, The Art of Living Retreat Center, and many other world-class destinations. She has been interviewed on national television, featured in a variety of award-winning movies, and her work has been touted in the New York Times, Chicago Tribune, Washington Post, and Los Angeles Times. She teaches, writes, and lives in Santa Barbara, California.